Not being appreciated at work and have longed to own and operate your own business? A franchise is a great way to get started. Jim’s has franchise for sale Adelaide opportunities available now.

Your new business is only one phone call away, so simply call 131 546 and our friendly staff will take your details.

The easiest way to start a business these days is to purchase a franchise. Franchises are set up in a way where all the hard work has been done for you.

It is even easier to start a business with the Jim’s brand. Jim’s started back in 1989 and since then has been able to establish thousands of successful businesses.

All franchisees have to do is follow the well developed processes. This brand power, allows our pest control franchisees to quickly establish their business. 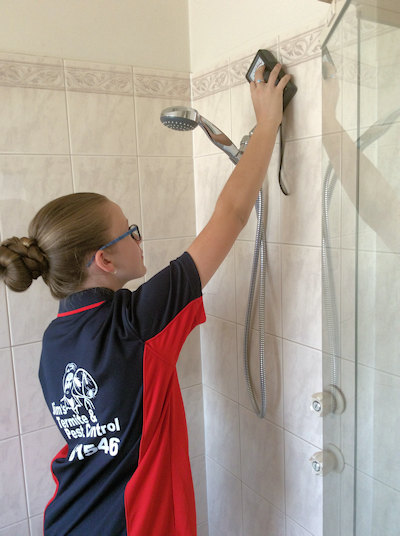 Starting your own business is quite scary and most people will not know where to start. Friends and family will often give you advice, but often it can be bad advice. It will often lead to business failure and financial stress.

Every Jim’s Pest Control franchise for sale in Adelaide comes with access to a mentor. This person is someone who has already walked the path you are about to embark on.

They will have already established a very successful franchise and now pass this knowledge onto their franchisees. This experience is invaluable to new franchisees as they will be able to tell you about all the pitfalls.

If you are willing to listen to your mentor, then you will be quickly able to establish a successful Jim’s Pest Control Franchise.

Watch the video about Stephanies experience and roll as the SA Franchisor for Jim’s Pest Control.

Stephanie Paddick owns and operates the South Australian Region with her husband Lynton. They have been involved in pest control for more than 30 years.

In 2011 after working for other pest control companies they heard that Jim’s was now selling Pest Control Franchises in Adelaide. They saw this as a great opportunity to get in on the ground floor.

Soon after enquiring they had their first pest control franchise. As the business was so successful, 12 months later they purchased a second franchises.

A couple of months after this, the South Australian region became available and they purchased this as well.

The reasoning behind this was that they saw a great growth opportunity. If they made available their knowledge and skills, it would result in very successful franchisees.

Their level of support has resulted in several awards for franchisees support.

What is most important to Stephanie & Lynton

Since 2012, Stephanie and Lynton have been developing a very successful, motivated team of franchisees in Adelaide.

It is now extremely important to them that any new franchisees that come on board add positively to this great team.

Stephanie’s ideal candidate is someone who is highly motivated. They will want to have a better work life balance for them and their family.

The type of person who puts in that extra effort at work, we know will be very successful at running their own franchises. They will be motivated by the fact that they will receive the financial rewards for their efforts.

You can learn more by clicking on and watching Stephanie in the video link on this page.

Do you need experience in the pest control industry?

While being involved in the pest control industry previously is an advantage, it is not necessary to own a successful franchise.

We often find that someone with no experience will be more successful as they have no preconceived ideas.

All of the training, licensing and knowledge will be provided to you. Many of our most successful franchisees come from a non pest control background.

If you have been thinking about owning and running your own pest control business and would like to talk more with Stephanie, then please call Jim’s on 131 546, or use the contact form here to get in touch.